The aging of the Italian population

Longevity is one of the most important developments of our era which involves profound social, cultural, economic, medical-scientific, and technological changes. 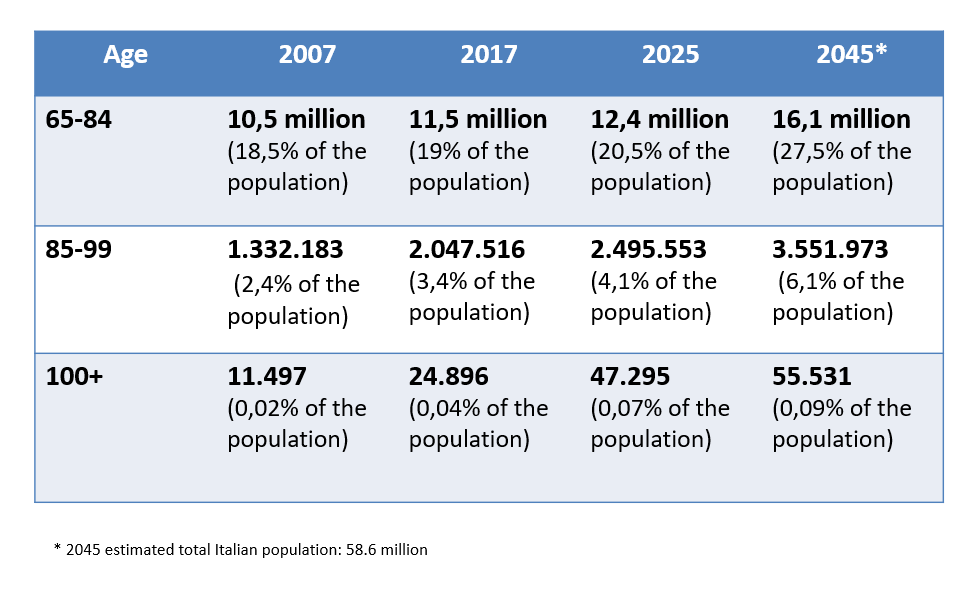 The Italian old-age index, which describes how old our population is, shows that there are 165.3 elderly people for every 100 young people (up to 14 years old) This is due to the yearly increase in life expectancy thanks to medical advances that allow chronic patients to live longer, but also to the improvement of both dietary and motor lifestyles. 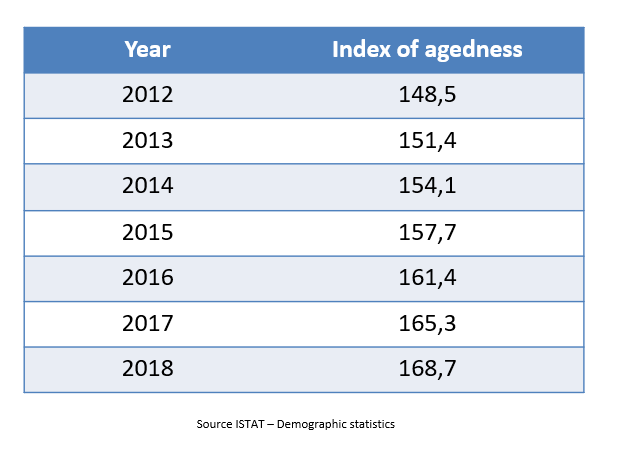 The evolution of the families 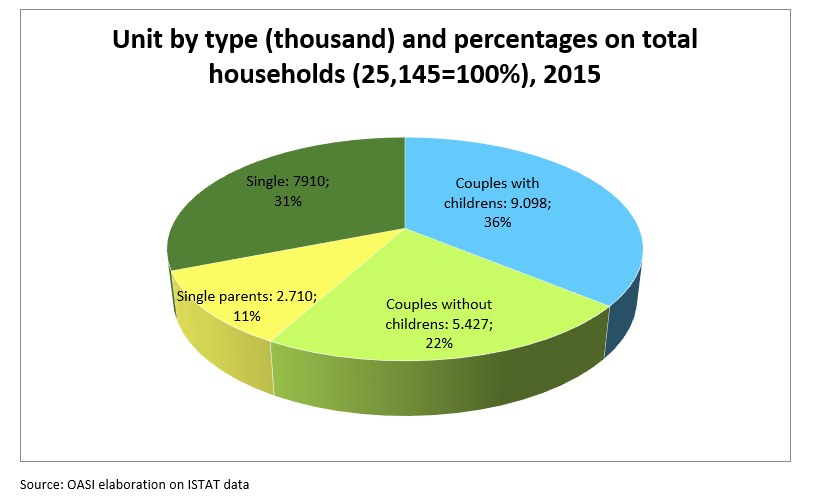 Due to demographic development trends, the aging of the population and changes in social and family models, some recent studies and analyses forecast a need for an additional 60,000/80,000 beds in RHCFs in Italy over the next few years.

The average age at which people are admitted into RHCFs has increased, while guests’ average health status has significantly worsened. According to a recent study, the average admission age is around 88, which also implies a higher degree of dependency.

This means a population that is not growing and is becoming increasingly older and which will increasingly require residential facilities that respond promptly to new emerging needs.

At present, the percentage of elderly people who live in social and health care facilities in Italy is shown in the graph below. More than half of all residents are over 85. 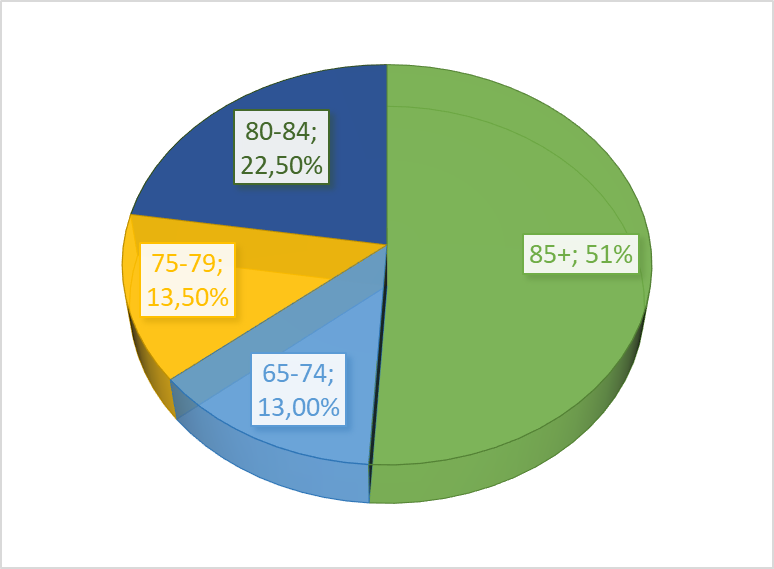 Also, the rise in the onset of diseases such as Alzheimer’s is increasingly prompting families to seek external help. To date, this market demand is not met by a sufficiently structured supply of specialized facilities that are specifically dedicated to and equipped for individuals suffering from this disease. There is an increasing need for modern residential facilities that can offer quality care services, both from the structural and residential, as well as functional and operational standpoint. 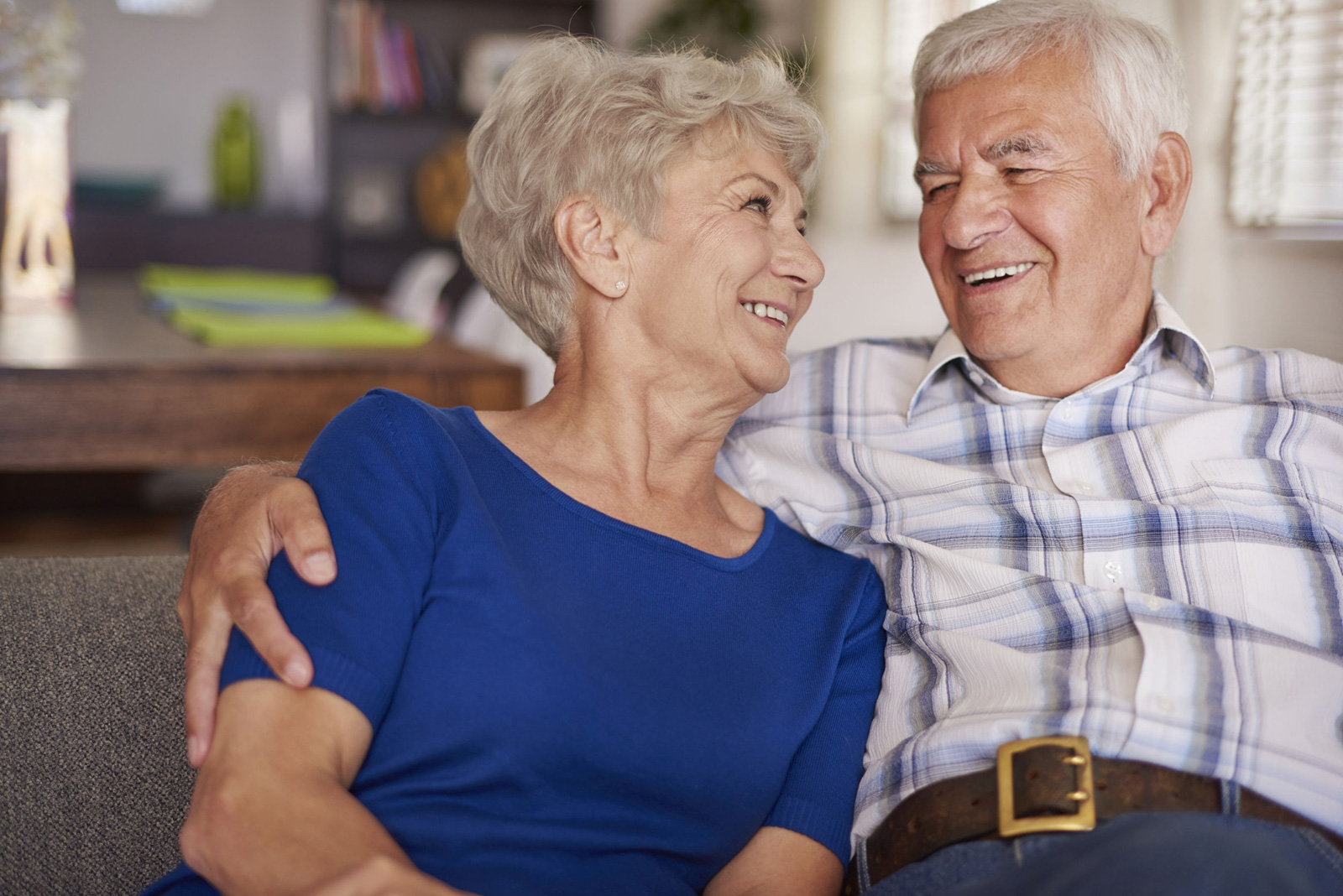 The Italian market is currently very fragmented: the public sector accounts for 45% of all facilities, the non-profit sector for 35%, and the private sector only for 20%, of which just a few are part of structured groups. This situation generates relevant consolidation and growth prospects, also due to cuts in public spending. Furthermore, both the public and private sector are facing operational, economic, and financial difficulties to make the necessary investments to create new beds, and this leads to fundamental difficulties in the construction and establishment of RHCFs or clinics. 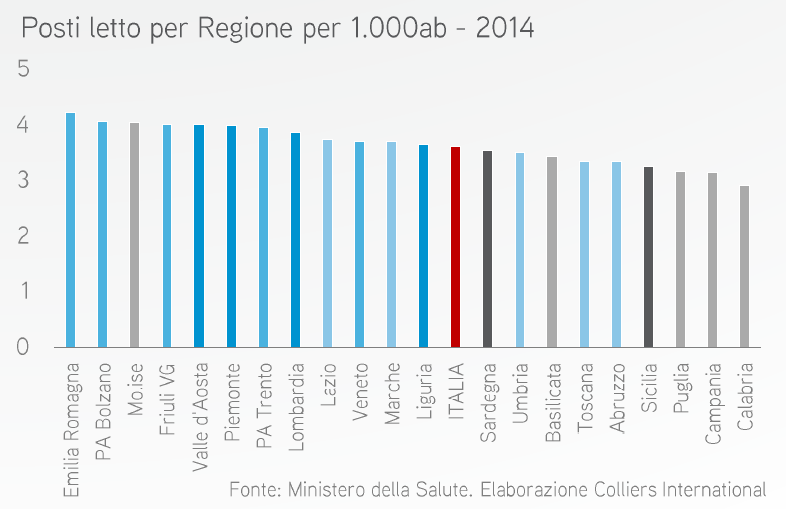 A dynamic sector that is constantly growing

Therefore, there is a need for important structural projects aimed at developing, modernizing, and updating an existing stock of facilities that is obsolete and insufficient on average, in order to meet the growing demand for social and health care in the coming decades.

Such favorable context that, to some extent, is also counter-cyclical to Italian and global economic and financial performance provides opportunities for development and growth: this is why Rodevita is largely investing in the potential development of this interesting sector.

Architects’ ideas are never just formal. They must also be social, scientific and poetic
(Renzo Piano) 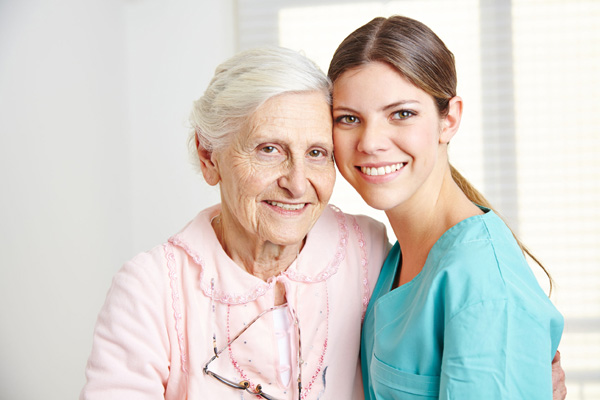 Residential Health Care Facilities (RHCFs) are public or private residential institutions that host partially and totally dependent elderly people who can no longer live in their homes because of their poor health and autonomy. We assess physical, mental, sensory, or relational disabilities by adopting uniform criteria throughout the national territory. Stays may be temporary or permanent.

According to national regulations, NHCFs must provide guests with:

NHCFs ensure that guests receive basic health care and full hotel services. Therefore, guests must receive food, health care, help in personal hygiene, and physical therapy with active and passive exercises. The nursing and social-health care personnel, on duty 24/7, ensure that guests’ health conditions are monitored and, where prescribed, medication is administered. Entertainment is also provided to preserve and stimulate each guest’s residual skills and abilities.

Elderly individuals entering a nursing home should not feel forced to give up part of their identity and personality in exchange for support or help to overcome their lack of self-sufficiency: the right to care can only be ensured through respect for individuals and their needs. Limitations to individual freedom will not be imposed by abstract service needs, but because of needs and requirements associated to assistance, security, and respect for the individual rights of other guests in the facility. This concept, whereby elderly people are not seen as service recipients, but as consenting users, has inspired our entire architectural and functional approach. Construction and functional requirements must be considered as an integral part of the facility, with a focus on current national and regional regulations. 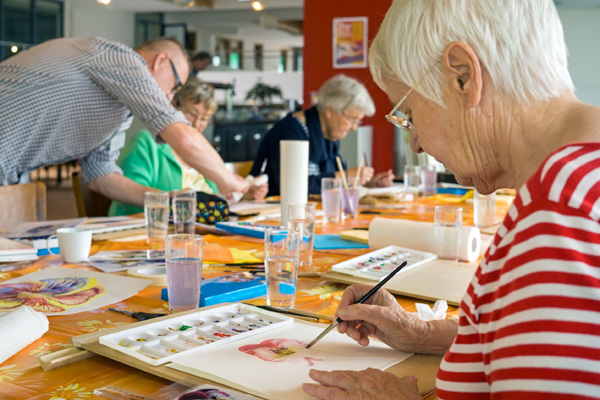 In some regions, such as Lombardy, the presence of an Integrated Day Care Centre (IDCC) within RHCFs is mandatory. IDCCs are semi-residential facilities for people over 60 and are partially or totally non-self-sufficient, people with chronic degenerative diseases, including dementia and Alzheimer’s, and/or disabling conditions, people who live with their families for which home care is insufficient or too difficult, and lonely people at risk of exclusion.

IDCCs are a valid resource to help elderly people live with their families, preserve their residual capacities, contain their behavioral problems, support families and lighten the burden of care, and facilitate socialization. 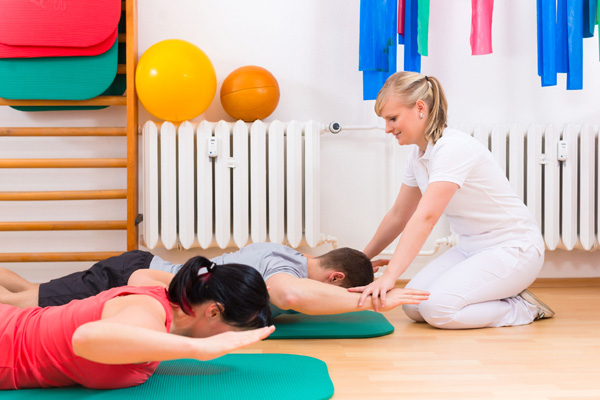 Functional Rehabilitation Clinics take care of patients who need rehabilitation after surgical or post-acute events in order to achieve the best possible standard of living on a physical, functional, social, and emotional level with the least possible restrictions. Instead, Neuropsychiatric Rehabilitation Clinics are protected facilities dedicated to people suffering from psychological and emotional disorders. Like RHCFs, Functional Rehabilitation and Neuropsychiatric Clinics are facilities that provide guests with 24/7 medical and health care and a full hotel service.